The little art seeker has seen for you the great exhibition dedicated to the famous Belgian painter:RenéMagritte in Beaubourg .

Very much influenced by the panoramas,the large-scale optical devices of the 19th century,Magritte combined the circular canvas of the panoramas with the curtains of the theatre and imagined universes where optic illusion reigned over realism .His world imbued with poetry and surrealism is both mysterious and enigmatic. 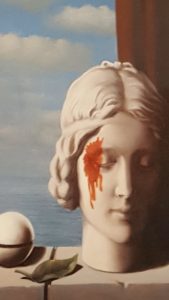 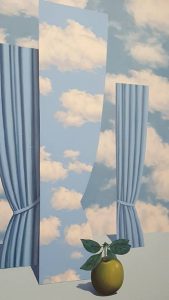 Magritte enjoyed mixing up different levels of representation .For him curtains and paintings were screens before our eyes and the spectacle of the world.”I could see the world as if it were a curtain in front of my eyes “he wrote. 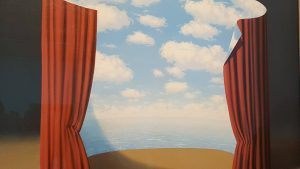 If Magritte discovered surrealism with the painter Giorgio De Chiricho and his painting “the song of love”realized in 1914,he created his own surrealism much more inspired by the dream.

“I was schocked when I realized the affinity that could exist between a cage and an egg due to the interesting meeting of objects totally foreign to each other.” If Magritte has difficult relationships with French surrealists much more involved in poetry,as André Breton,who was searching to depict images with words,Magritte wants to show that images are as important as words. 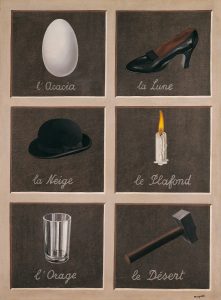 Magritte,in his paintings ,insert words which have nothing to do with what you can see around ,or he makes the objects disappear behind the words.The famous painting “this is not a pipe “which opens and closes the exhibition has another title”the treachery of images’s “meaning this is not a pipe but the image of a pipe! 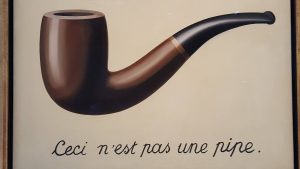 Artists from pop art as Andy Warhol or Jasper Johns will try to purchase when they will be able to afford them,Magritte’s painting because they recognize their esthetism in Magritte’s work who knows how to combine and marry images including those of advertising . 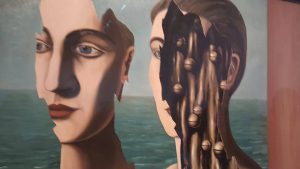 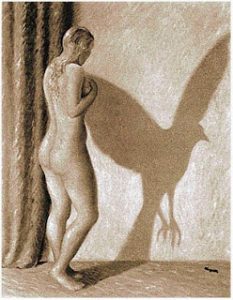 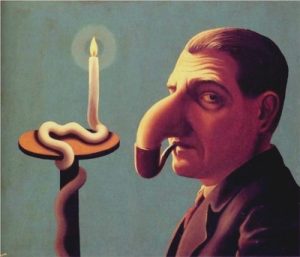 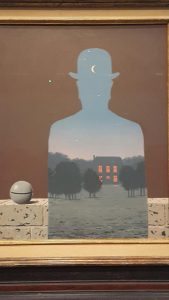 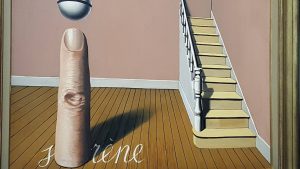 Forbidden Literature (The Use of the Word) .Magritte,1936 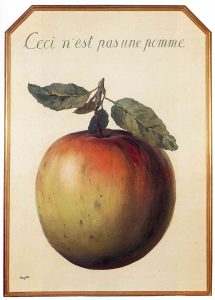 This is not an apple.Magritte,1964

Having given up the “Surrealist beauty”born of the chance encounter of an umbrella and a sewing machine, Magritte sought the umbrella’s partner and logically found that the object that accepted and received the water the umbrella ,repelled the glass. 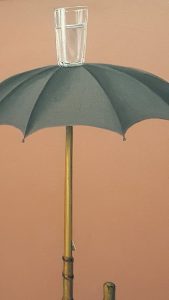 Rejecting the Surrealists’ attitude which made of them some sorts of foretunetellers as De Chirico’s preminotary portrait of Guillaume Apollinaire signalling the poet’s wound years before it happened or Bauner’s self portrait depicting his own later loss of an eye,Belgian surrealists rejected all these beliefs . 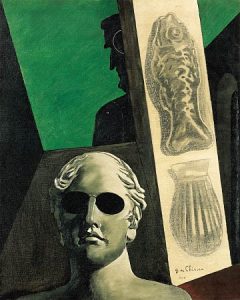 Magritte decided to paint with an approach inspired by science and to find solutions to problems in creating images as mathematical equations. 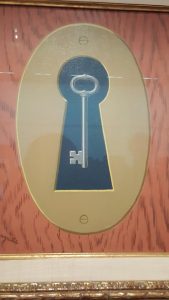 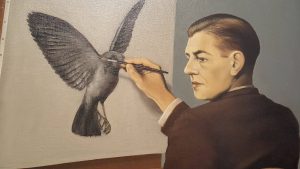 Before the development of advertising and of a world totally ruled by images Magritte had totally understood the way the latest could have a total control over the human mind!!!

The little art seeker loved this huge retrospective dedicated to the great Belgian surrealist and warmly recommends it to you!!!! 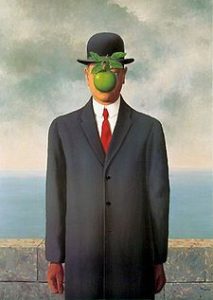